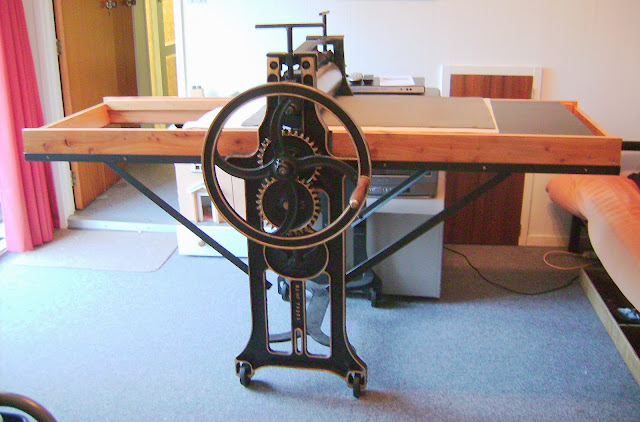 Above is the second press made and sold to Esther in Whangarei. Esther introduced me to dry point on perspex which I had some success with.
The press below shows some design development in comparison to Esther's press. It is not so wide, doesn't gobble up so much precious studio space and also has a removable handle which is standard now.
It went to an American print maker living in Nelson 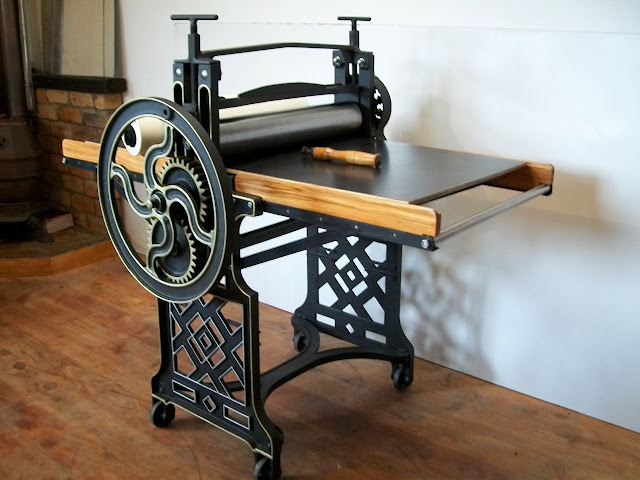 LIFE OF AN ARTIST SITE

I came out of Art School with two passions; print making and mural painting.
I still paint murals of all kinds all over the place but after making my first press from my Grandmother's antique mangle from the family farm I became hooked on making etching presses from recycled antiques.
Doesn't leave me much time for print making and I don't have a press of my own because they keep running away to new homes in other artist's studios. Is that not tragic? Still every press I make gets a test print and that will have to do me... 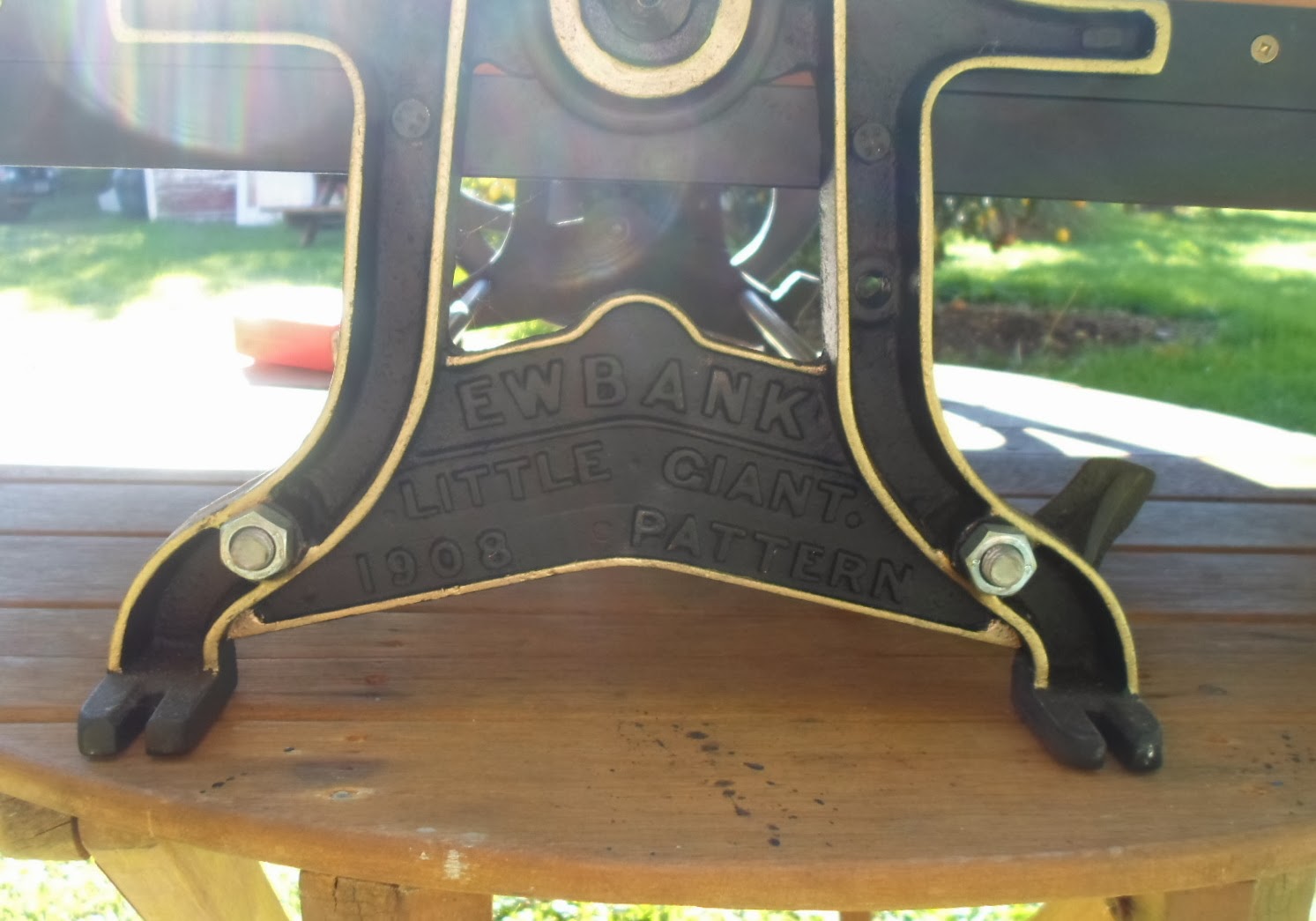 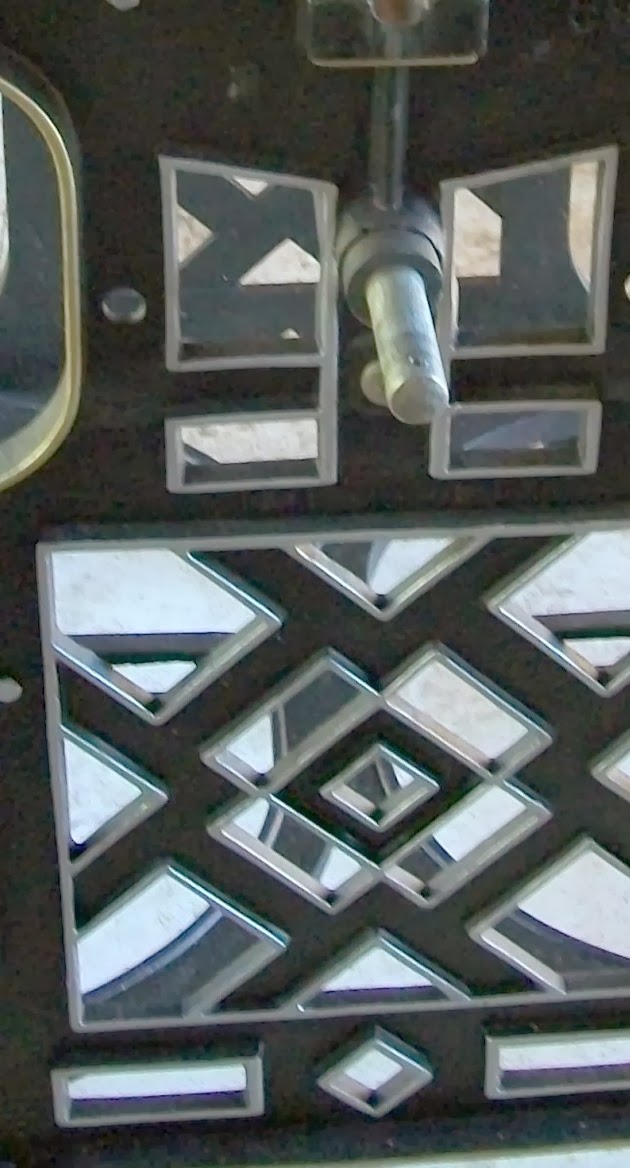 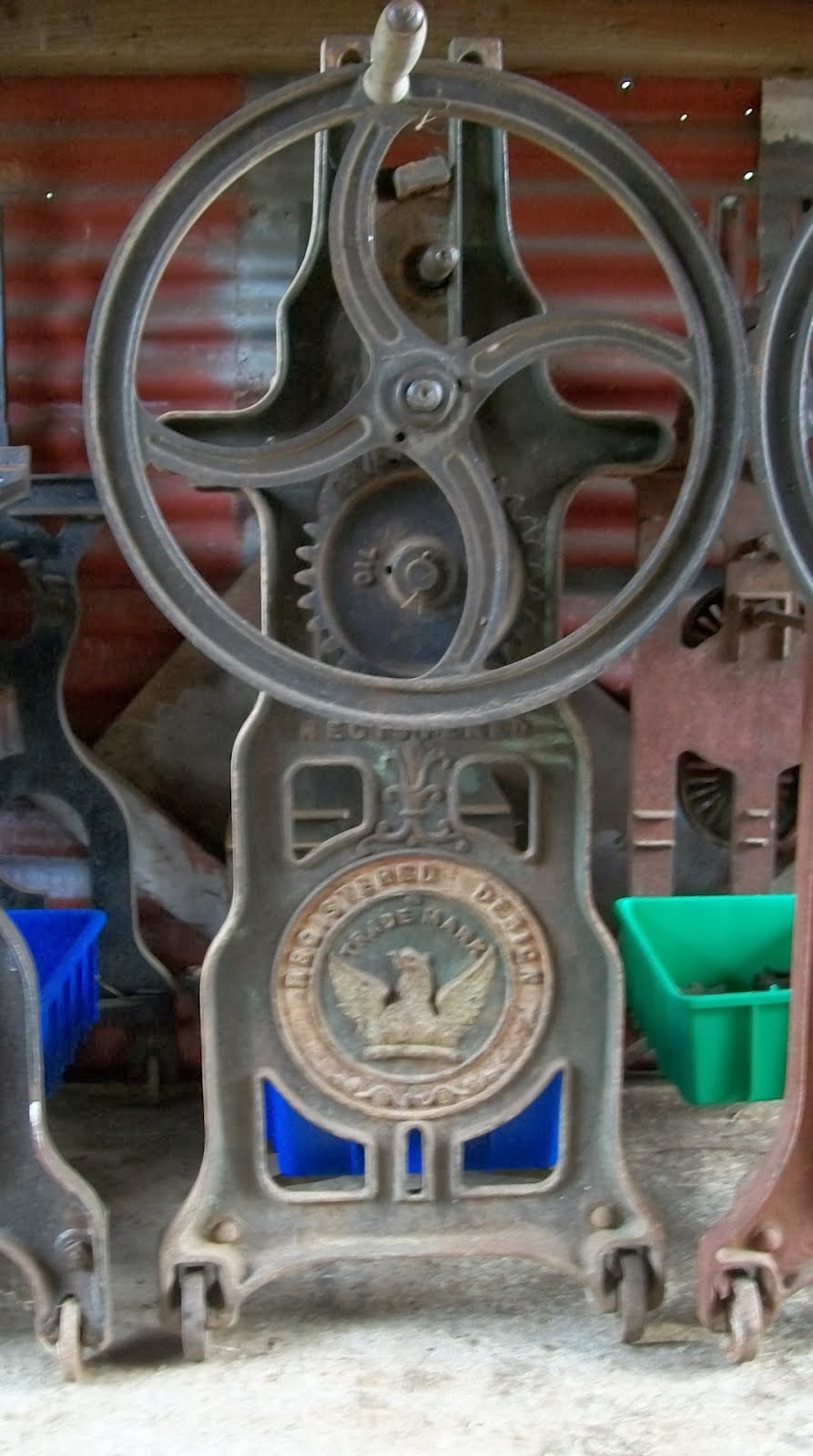 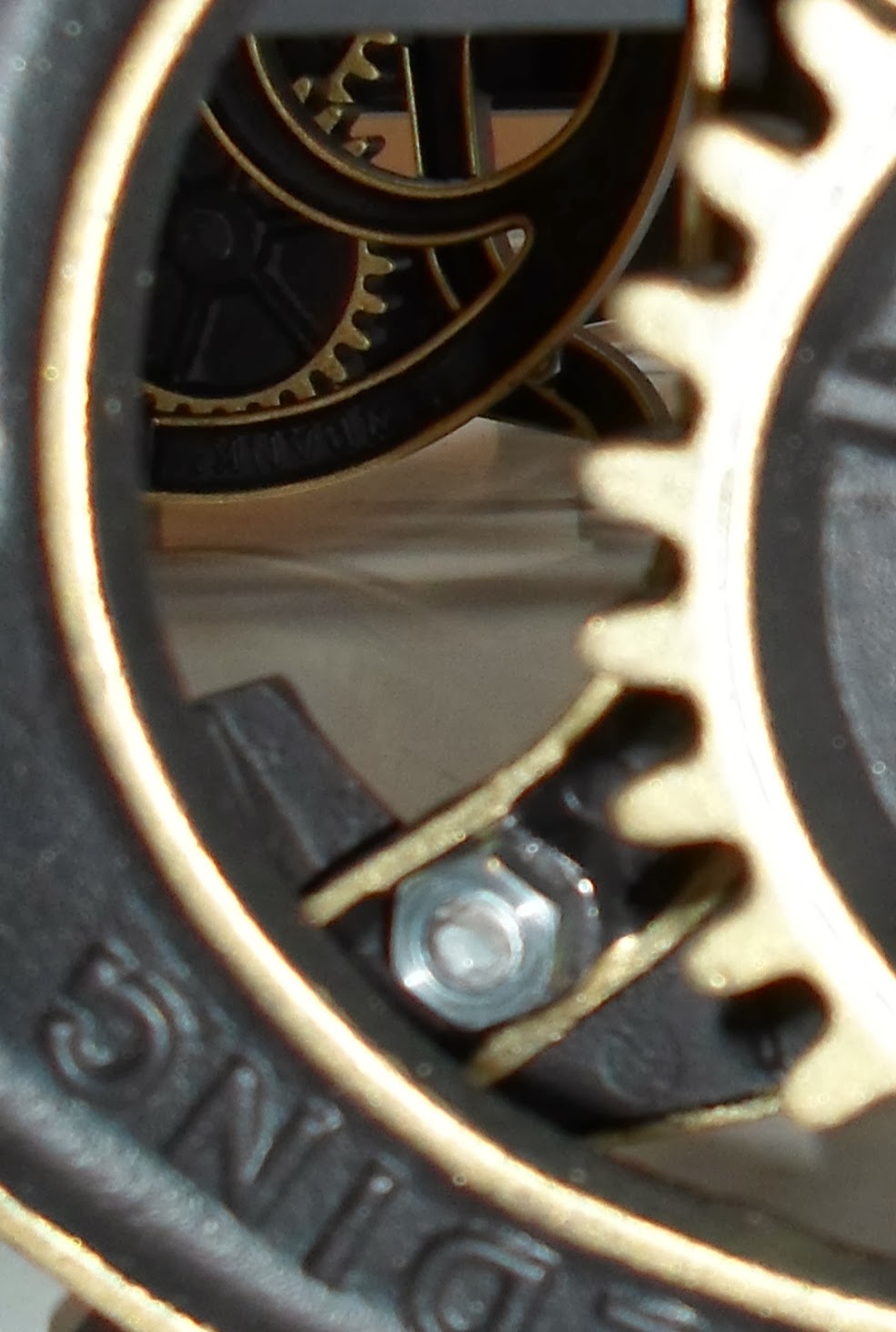 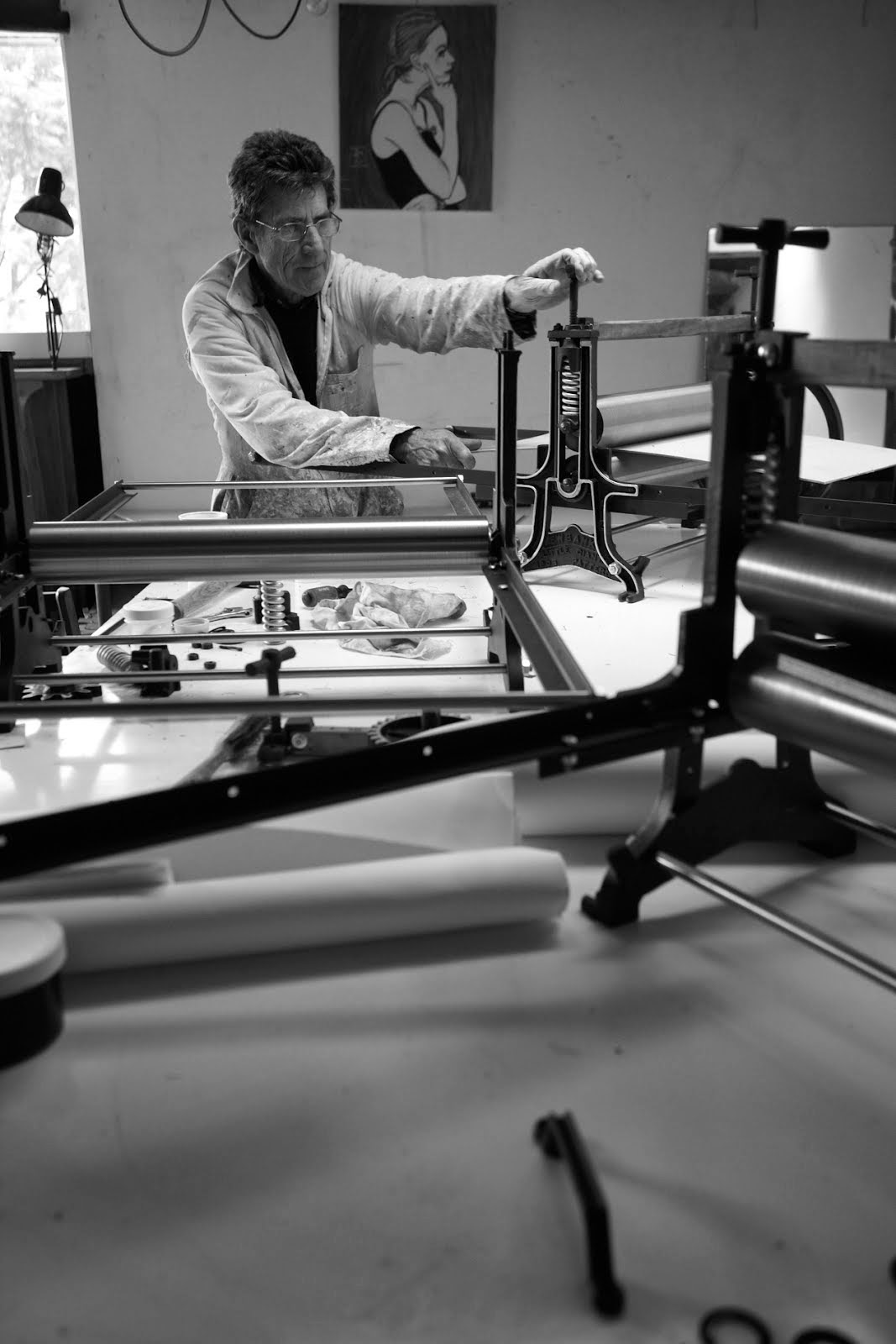 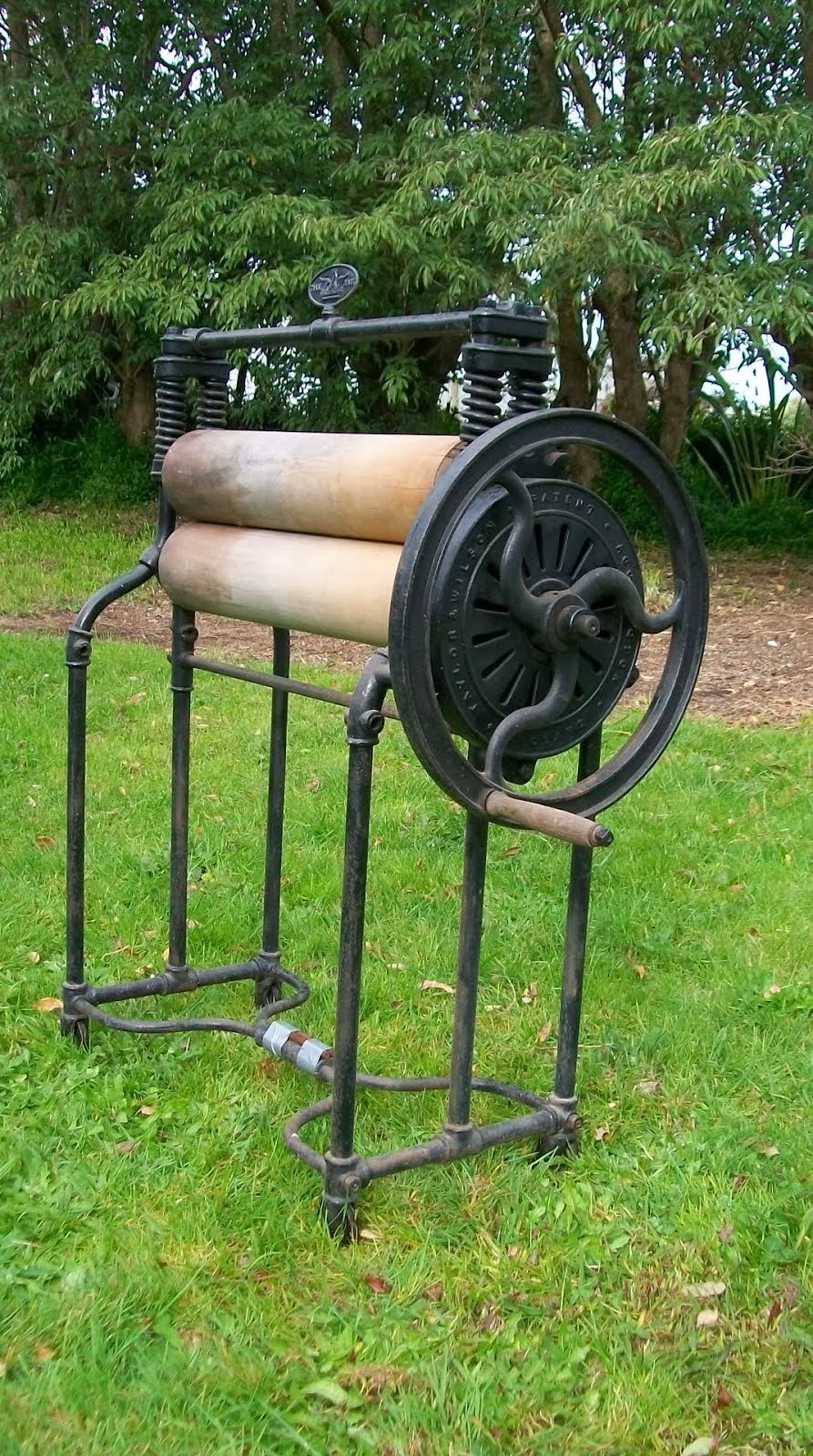 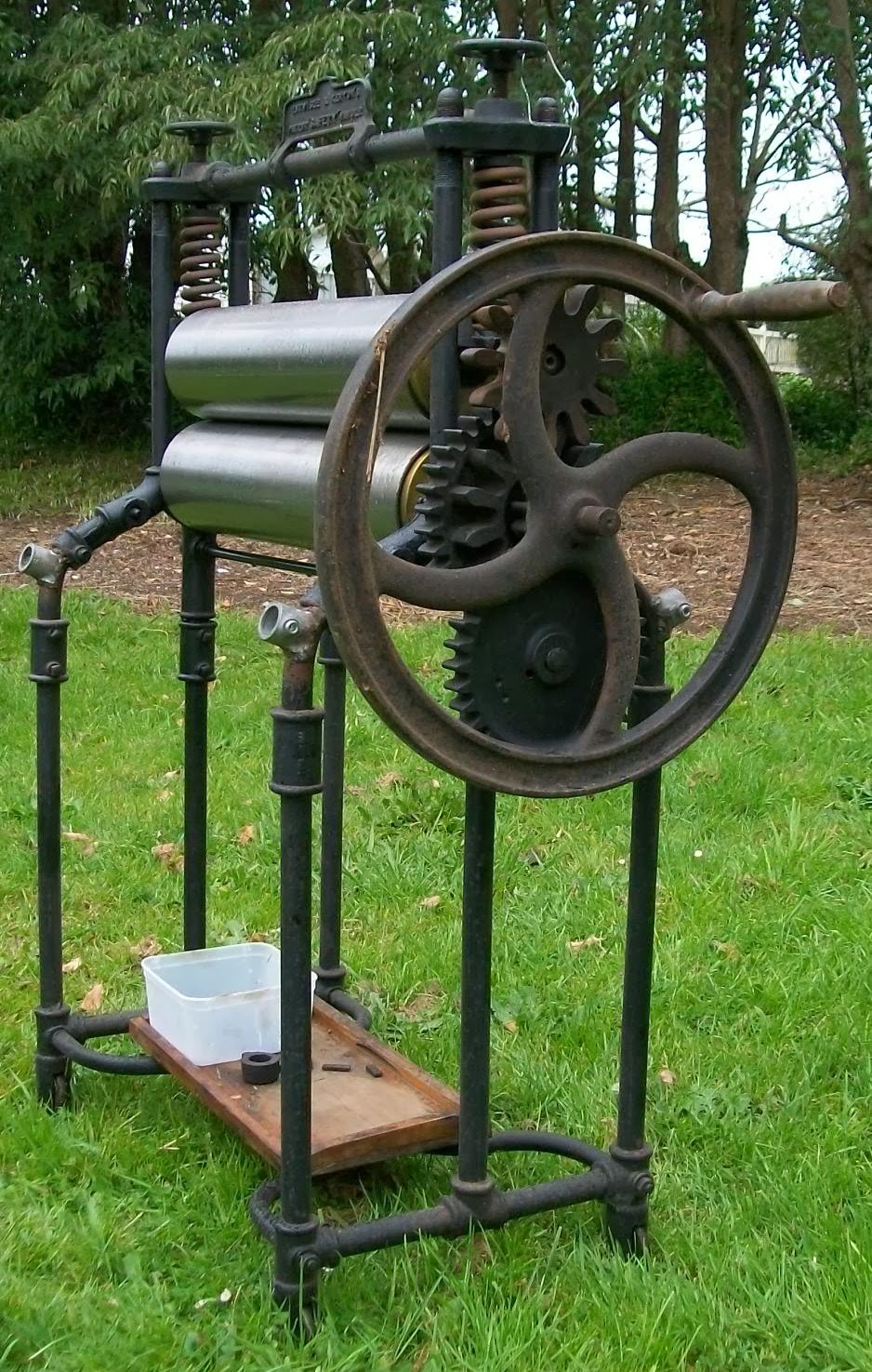 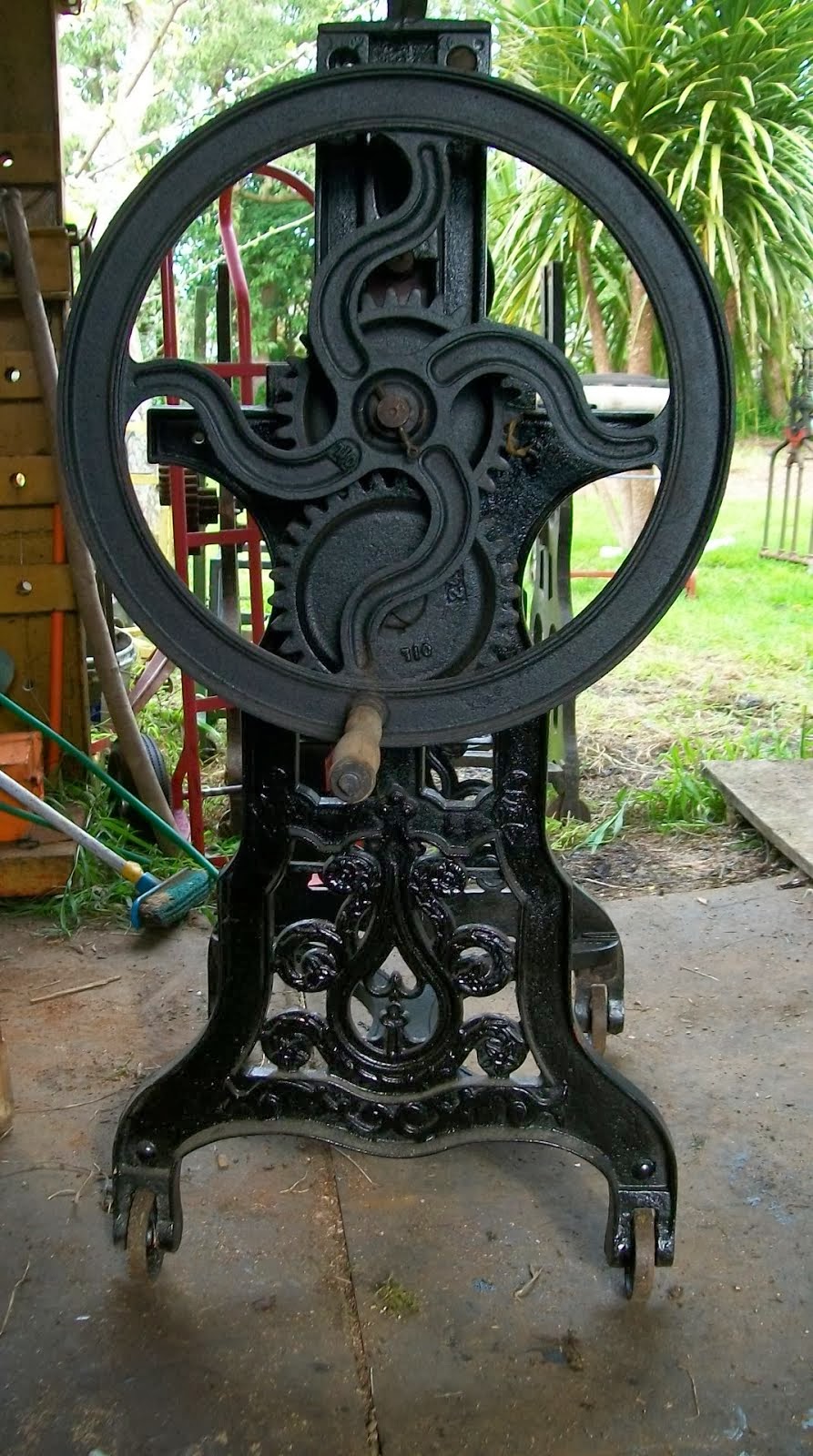 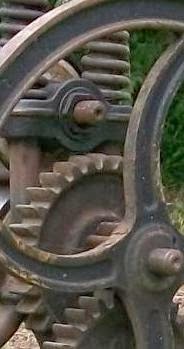 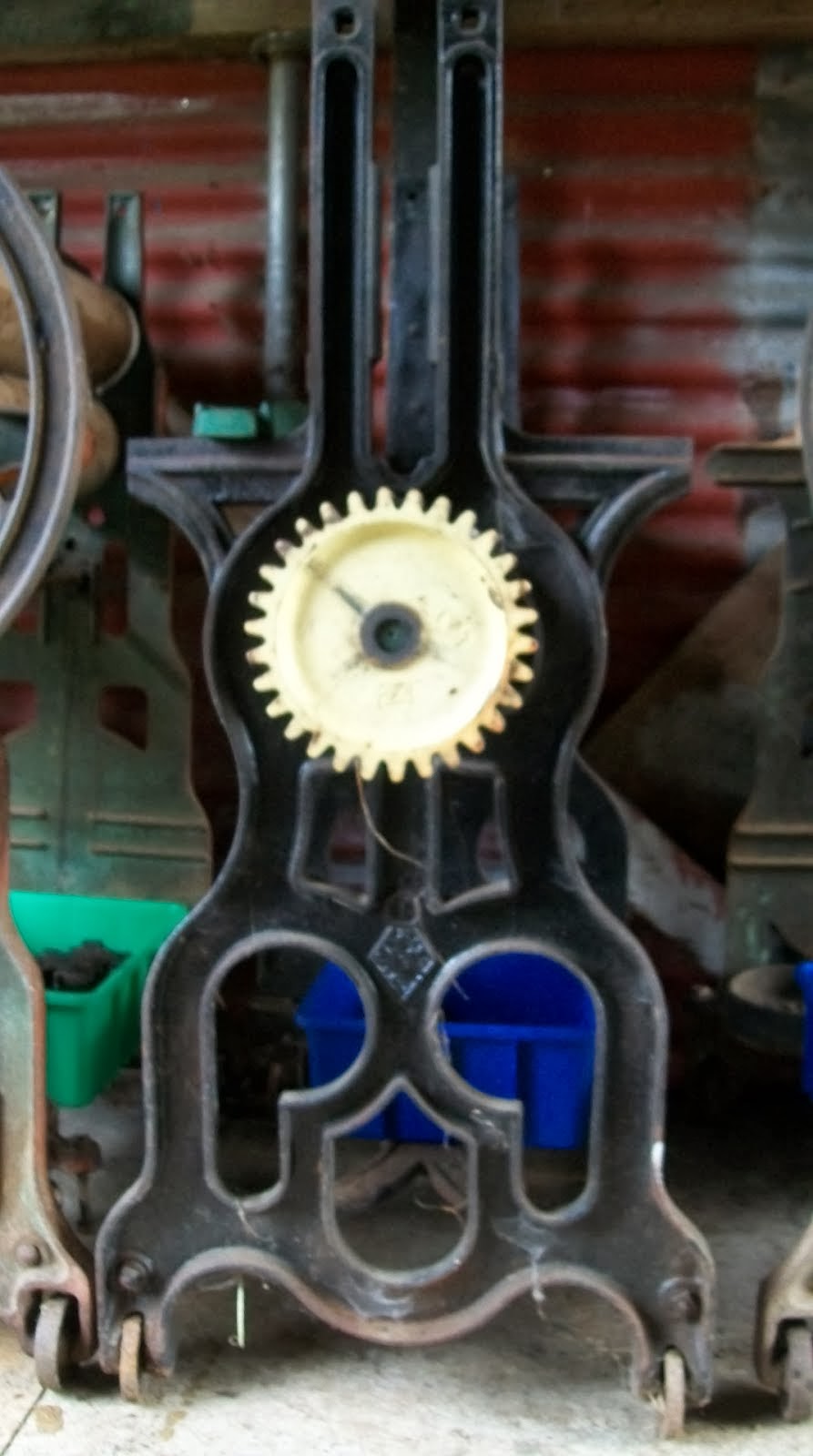 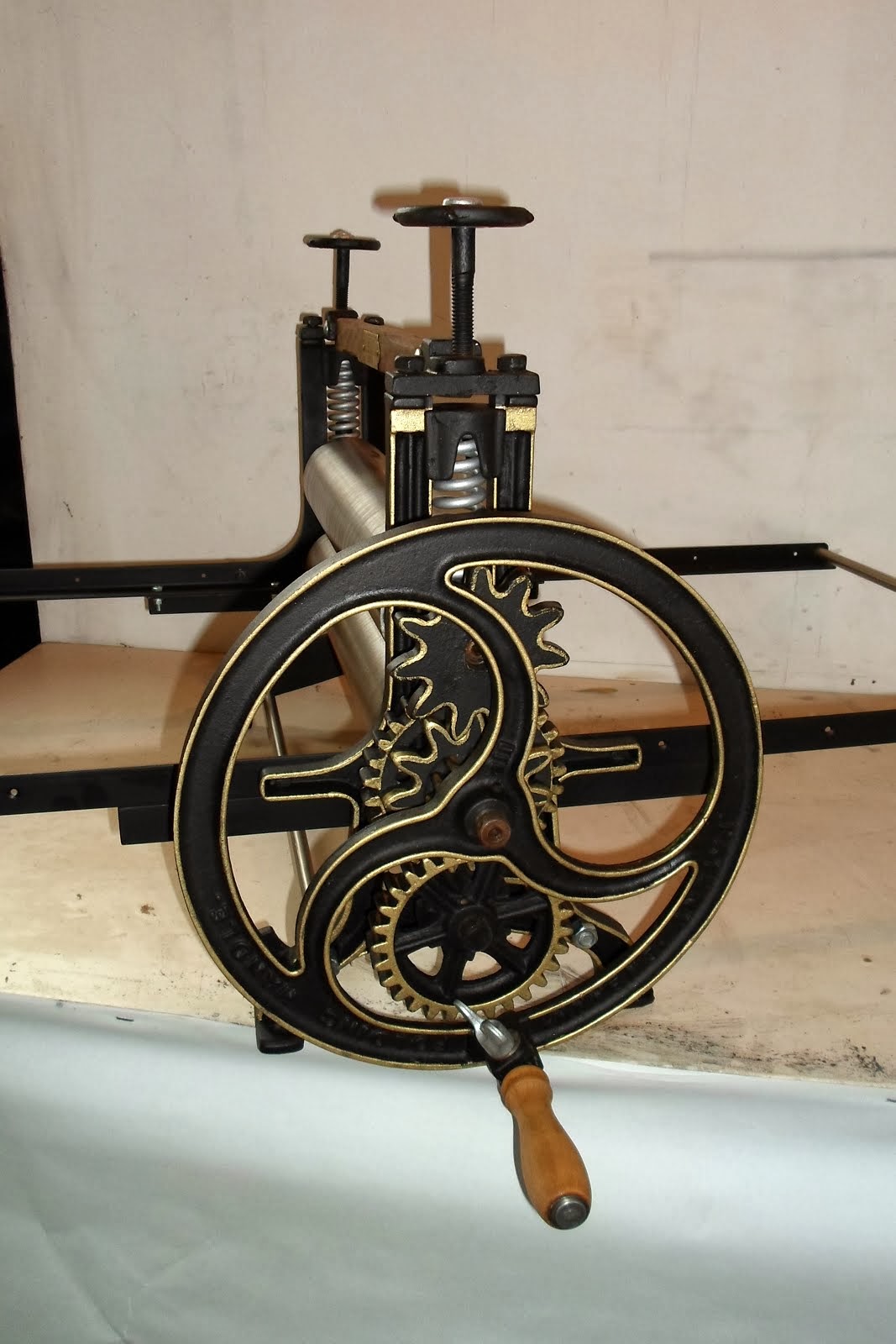 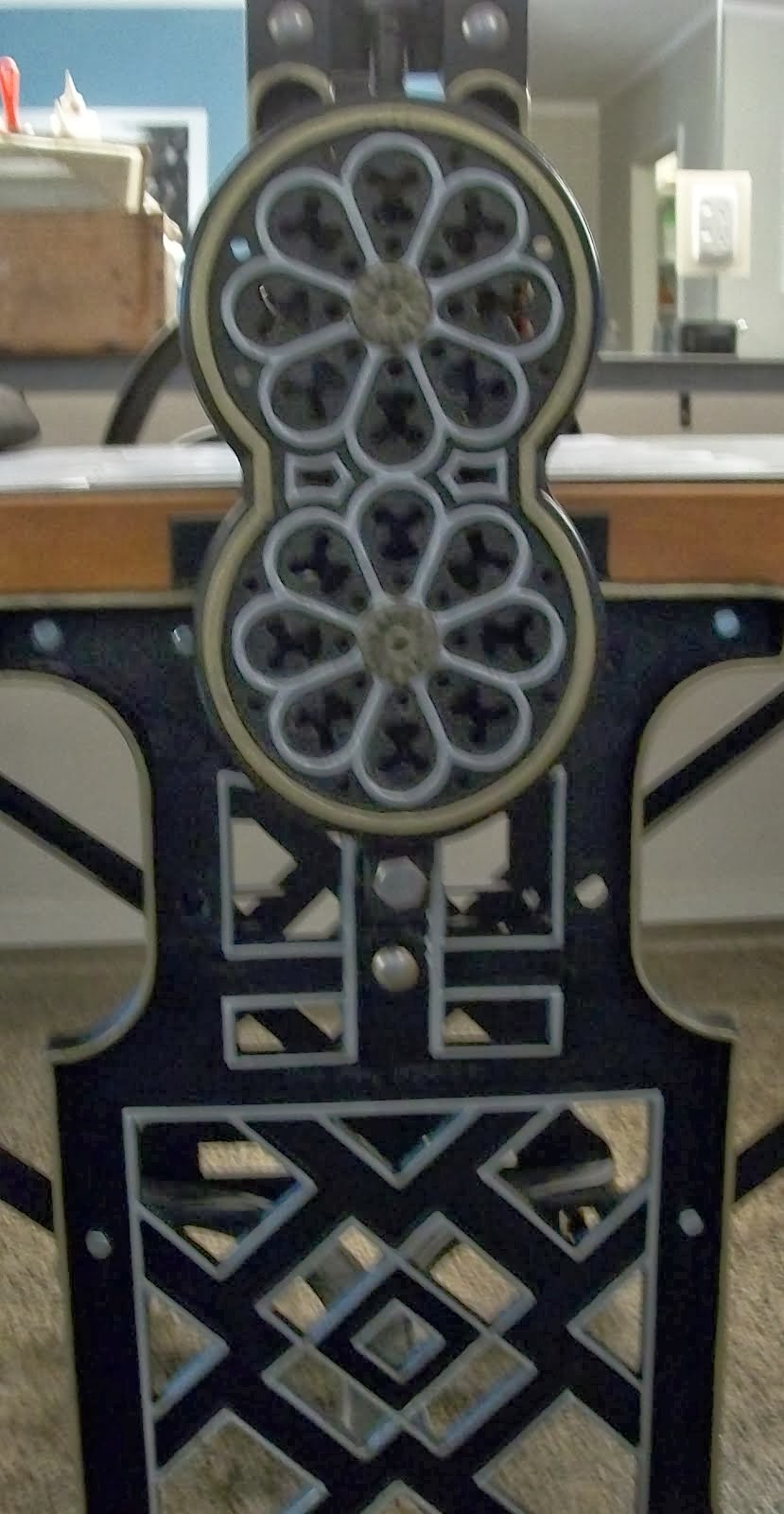 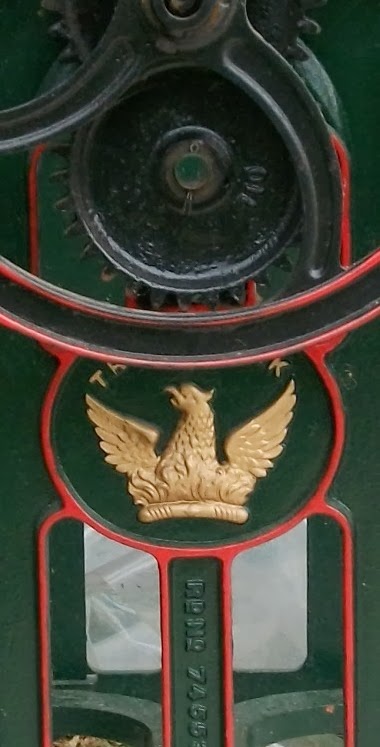